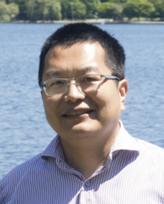 Prof. Xu has made seminal contributions to the field of two-dimensional (2D) quantum materials, which hold promises for transformative quantum electronics and photonics. He has published over eighty papers in the family of Nature and Science magazines, which are the most prestigious journals in the Science and Engineering communities. His achievements have set the directions of many research groups around the world, including starting the field of 2D valleytronics, 2D semiconductor heterostructure optics, 2D magnetism, and quantum spin Hall effects in 2D materials. These works address the major challenges facing by humanity that require the development of new technologies and material innovations to meet escalating demands on information, computing, and energy. He has been a Highly Cited Researcher (top 1% in the field) by Clarivate Analytics since 2018. In addition to research, he is a committed educator with numerous past mentees in both industry and Academia. He is also a community builder. For instance, the quantum material program at University of Washington has achieved significant growth and become an elite one in the past 10 years through faculty recruitment, facility development, and securing large scale grants.