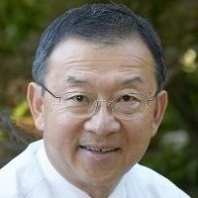 Conrad Lee, Bellevue Former Mayor and City Councilmember since 1994 was born in China, brought up by a widowed mother, attended Diocesan Boys School in Hong Kong, came to the United States to attend Seattle Pacific College and graduated from University of Michigan with a degree in electrical engineering and an MBA from University of Washington. He is married to Winnie and has two Children and three grand-daughters.

He has lived in Bellevue since 1967, working for Boeing on the design of the first 747 and aero-space technology sales/transfer. He worked as a stockbroker, for METRO and Seattle Solid Waste Utility before elected as the first minority councilmember in 1993 and then mayor of City of Bellevue. He has always been actively engaged and involved in community organizations and activities especially those relating to the engineering profession, his children, philanthropy and politics.

He served as President of Society of Chinese Engineers and served as its first Chairperson of Board of Directors. He was involved with a number of Chinese/Asian political and community organizations serving in various capacities with the aim of promoting visibility and recognition of our contributions to the American society through engagement and providing value to the greater community, thus gaining recognition and respect to have influence on the policies that affect all our lives. He believes in everyone having a seat at the table, otherwise you will just be part of the menu.

He founded a non-profit PATHWAY Foundation (www.pathwayus.org) to promote and encourage young people in community/civic engagement through internship and hands-on projects.

He was appointed by President George W. Bush to the position of Region 10 Administrator of the U. S. Small Business Administration. He brought the SBA resources and assistance from a difficult-to-access bureaucracy to an easy-to-access retail to serve every small business, including minorities, women and other disadvantaged.

As the longest tenured councilmember of City of Bellevue, he has served in many positions and capacities at various governmental levels from federal to local representing all the people especially those who are underserved and under-represented. He champions people and issues that may not be popular and not heard. He is a fiscal hawk and staunch supporter of cutting government waste and spending and keeping taxes low. He believes in representing the people through transparency and accountability. He ran unsuccessfully for Congress in 2004, seeking to be the first Asian American elected to Congress.