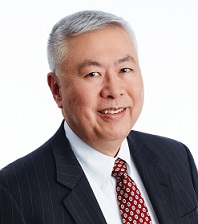 Nelson Dong is a senior partner with the Dorsey & Whitney law firm in its Seattle office, heads its National Security Law Group and is co-head of its Asia Group. He advises companies, professional societies and universities and research organizations on export controls, economic sanctions, national security and other international technology and trade law matters. He is a frequent author and teacher on international trade and investment and technology-related legal issues and has been an adjunct professor of international law at the Seattle University Law School.

Nelson was a White House Fellow and Special Assistant to U.S. Attorney General Griffin B. Bell during the Carter Administration. He later served as Deputy Associate Attorney General at the U.S. Department of Justice, responsible for international and national security matters, and as a federal prosecutor in Boston. He has also twice been an export control policy advisor to the U.S. Department of Commerce.

He is an Adjunct Fellow at the East-West Center in Honolulu, a director of the National Committee on U.S.-China Relations in New York City and the Washington State China Relations Council in Seattle, and an active member of the Council on Foreign Relations and the Committee of 100. He has been an invited guest speaker for leading Asian American groups such as the Chinese Institute of Engineers, the Society of Asian Scientists and Engineers, the Chinese American Citizens Alliance, the Organization of Chinese Americans and United Chinese Americans.

Nelson is a graduate of Stanford University and the Yale Law School and has been a trustee of Stanford University, being the first Asian American to serve in that capacity. He was also elected by his peers as President of the White House Fellows Alumni Association and Foundation. Long active in local, state and national bar association activities, Nelson has been recognized by the National Asian Pacific American Bar Association with its “Trailblazer” award for his many legal achievements and his extensive public service and leadership.

Nelson was born and raised in Sacramento, California. His parents were immigrants from rural Guangdong Province in China and operated a small neighborhood grocery store where Nelson began working at the age of 10. He is married to Diane Wong and has two adult sons from his first marriage, Philip, an entrepreneur and independent consultant in Virginia, and William, a product designer and mechanical engineer at a consumer electronics firm in Silicon Valley.