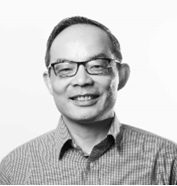 Dr. Xuedong Huang is a Technical Fellow in the Cloud and AI group at Microsoft and the Chief Technology Officer for Azure AI. Huang oversees the Azure Cognitive Services team and manages researchers and engineers around the world who are building artificial intelligence-based services to power intelligent applications. He has held a variety of responsibilities in research, incubation, and production to advance Microsoft’s AI stack from deep learning infrastructure to enabling new experiences.

Huang is a recognized executive and scientific leader from his contributions in the software and AI industry. He is an Institute of Electrical and Electronics (IEEE) and Association for Computer Machinery (ACM) Fellow. Huang was named Asian American Engineer of the Year (2011), Wired Magazine’s 25 Geniuses Who Are Creating the Future of Business (2016), and AI World’s Top 10 (2017). Huang holds over 170 patents and has published over 100 papers and two books.

Before Microsoft, Huang received his PhD in Electrical Engineering from University of Edinburgh and was on the faculty at Carnegie Mellon University. He is a recipient of the Allen Newell Award for Research Excellence.