Written by Kimberly and Amanda Ong

At the 2022 CIE annual convention, award winners, family members, and distinguished members of the community gathered to celebrate the Asian American Luminary Award (AALA) awardees and APA Youth Scholarship recipients. The AALA is presented to outstanding Asian Americans professionals in multiple fields from Washington for their contributions and achievements. Inspiring innovation and leading the younger generation, we are honored to have these recipients and awardees at this year’s annual convention.

The evening was opened by emcee Lele Tian, who introduced CIE-SEA President Dr. Matthew Ma. Dr. Ma began his address with an introduction to CIE-SEA and the awards. He then highlighted the organization’s commitment to the community by recounting several volunteer and outreach events hosted by CIE-SEA throughout the pandemic.

After dinner was the keynote speech by Nelson Dong, partner of Dorsey and Whiteney LLP, who is an author and teacher on trade, investment, and technology and has worked with the US Department of Justice on international and national security. His speech showed the impact that immigrants have made on innovation and security in the United States; not only from award winning scientists, but also underrepresented women and people of color in the fields of technology. As students, listening to Mr. Dong’s speech was inspiring, especially as children of immigrants ourselves. It was apparent many others felt the same way we did by the rousing ovation Mr. Dong received at the end of his speech. 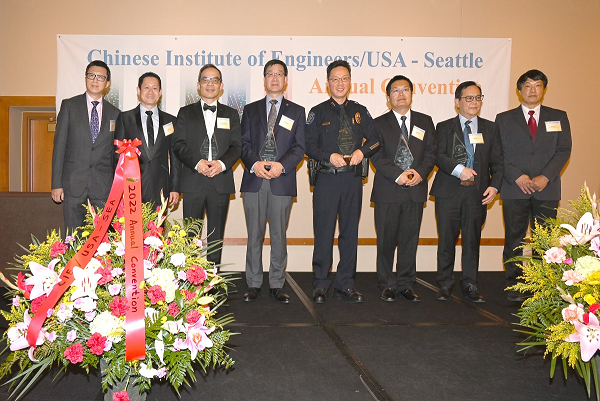 Next was the presentation of the AALA awards. The awardees from 2020 and 2021 were recognized first, followed by the awardees from 2022. In 2022, there were 5 awards given in three categories: Asian American Corporate Leadership, Asian American Science and Engineering Innovation, and Asian American Service and Leadership. Each award presentation was preceded by a short speech by the person who had nominated the awardee, followed by a speech by the winner themselves. In each speech, it was clear that each recipient had an enormous dedication to their community and country. For us students, it was incredibly inspirational to hear these professionals, who stood at the pinnacle of their fields, share their journey and advice. Their diverse experiences meant that no matter what their career or interests were, everyone present saw several, if not all, of the recipients as role models. Hearing the work and effort of these awardees motivated the youth awardees and many others to continue their excellence in service, leadership, and education. More information on the AALA awards can be found at the article link HERE. 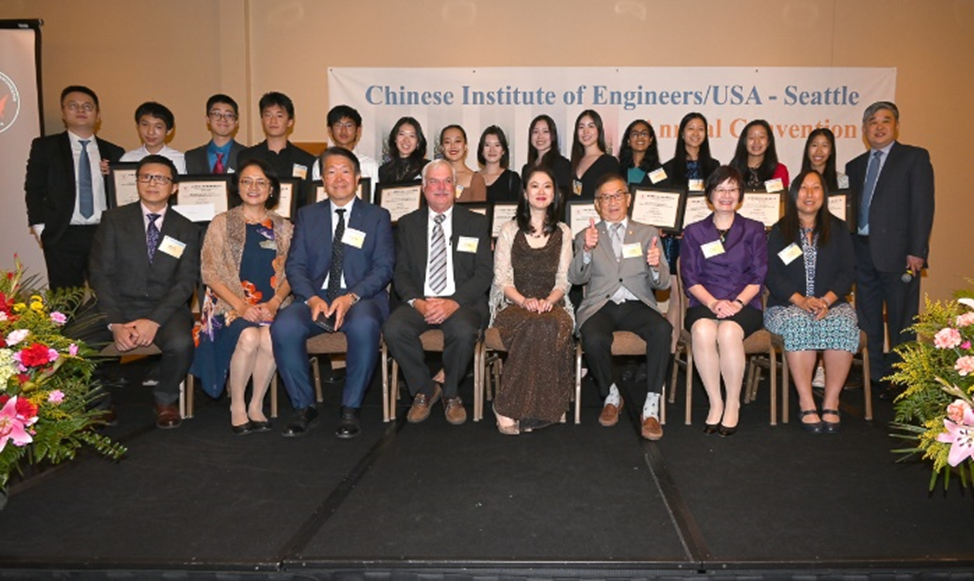 Finally, the APA awards were presented. Throughout dinner and the event, we had talked with several of the other youth awardees about future careers as we reflected on the keynote and AALA speeches. Our table in particular had a shared passion for computer science, and we had spent time discussing everything from high school programming projects to the international impact of the field. It was exciting to hear more about the interests and accomplishments of our peers as they walked onto the stage. After the banquet, when the floor opened up, we had the chance to talk with the APA judges and CIE board members. Every profession we met was not only excited to share advice from their own career, but also give back to their community through mentorship. More information on the APA awards can be found at the article link HERE

The event concluded with several remarks by Dr. Gina Li, Chairperson of the CIE-SEA board and we left feeling energized. Overall, the convention was a highly rewarding event, where Mr. Dong’s speech encouraged us to see ourselves as future innovators, the AALA recipients inspired us to pursue excellence in our passions, and the APA awards provided an opportunity to meet peers who formed a community we’d take beyond the event.

For more information about CIE-SEA and the awards, please visit www.cie-sea.org